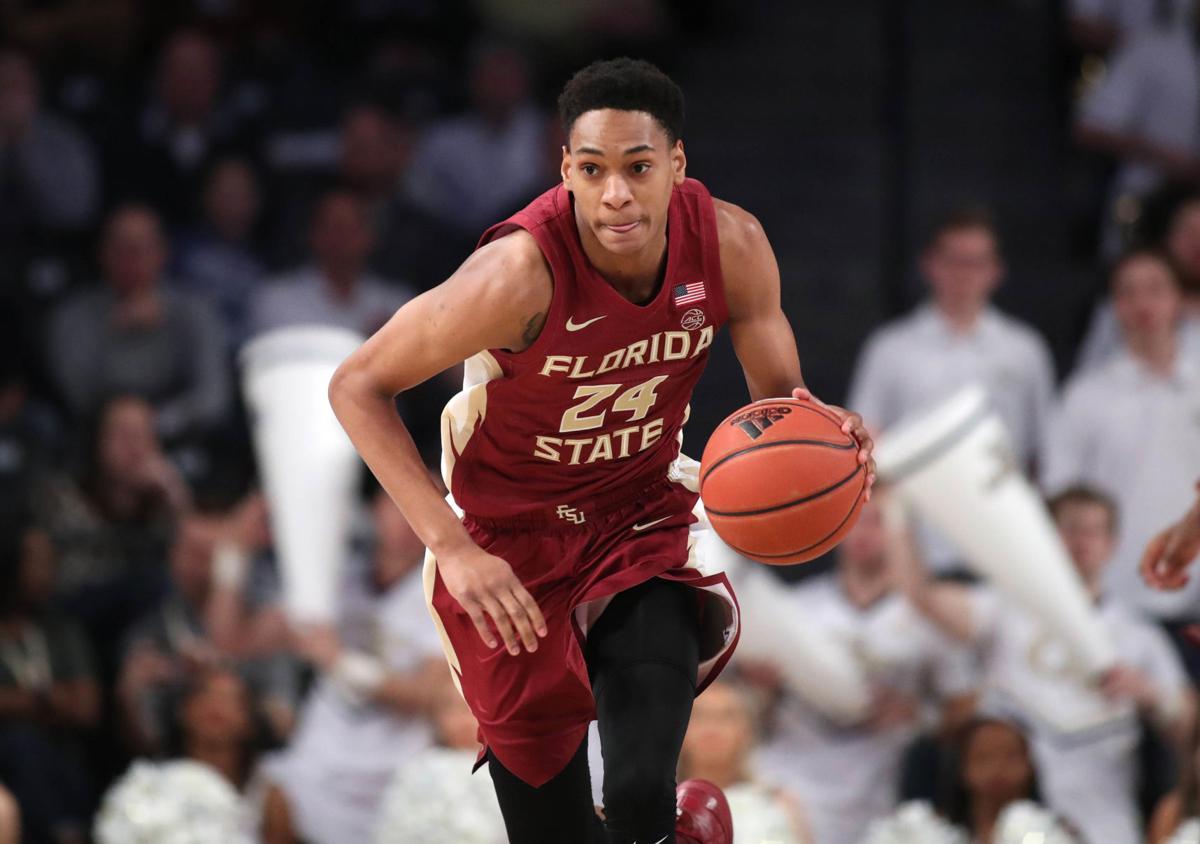 TALLAHASSEE, Fla. – Eight minutes. That’s all Florida State assistant coach Charlton “C.Y.” Young said he needed to see of Devin Vassell – then just a high school junior – during a scrimmage at Peachtree Ridge before deciding that he would be a fit for the Seminoles.

Ground and Pound: FSU run game has been key to success vs. Miami

Since Jimbo Fisher arrived in Tallahassee as offensive coordinator in 2007, the Seminoles have averaged 187.8 yards per game on the ground against Miami. FSU has run for 150 yards or more in seven of the 10 matchups and averaged 4.9 yards per carry overall.

When Georgia Swarm owner and general manager John Arlotta began to evaluate the 2015 NLL draft class, he thought it was made up of players who could change the future of his franchise. On May 17, 2014, he became convinced of it. 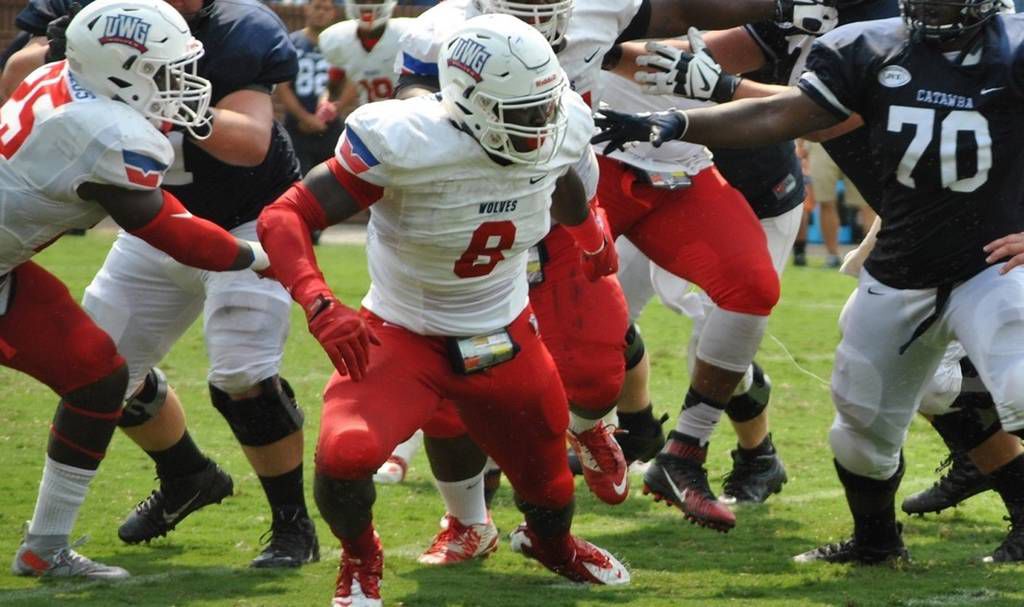 Dacula’s Alex Armah took an unlikely path to the NFL

Like most high school football stars, Alex Armah played both sides of the ball during his Dacula career.

His senior year he helped the Falcons reach the 2011 state quarterfinals, playing linebacker and H-back. He recorded 60 tackles was named third team All-County tight end by the Daily Post. 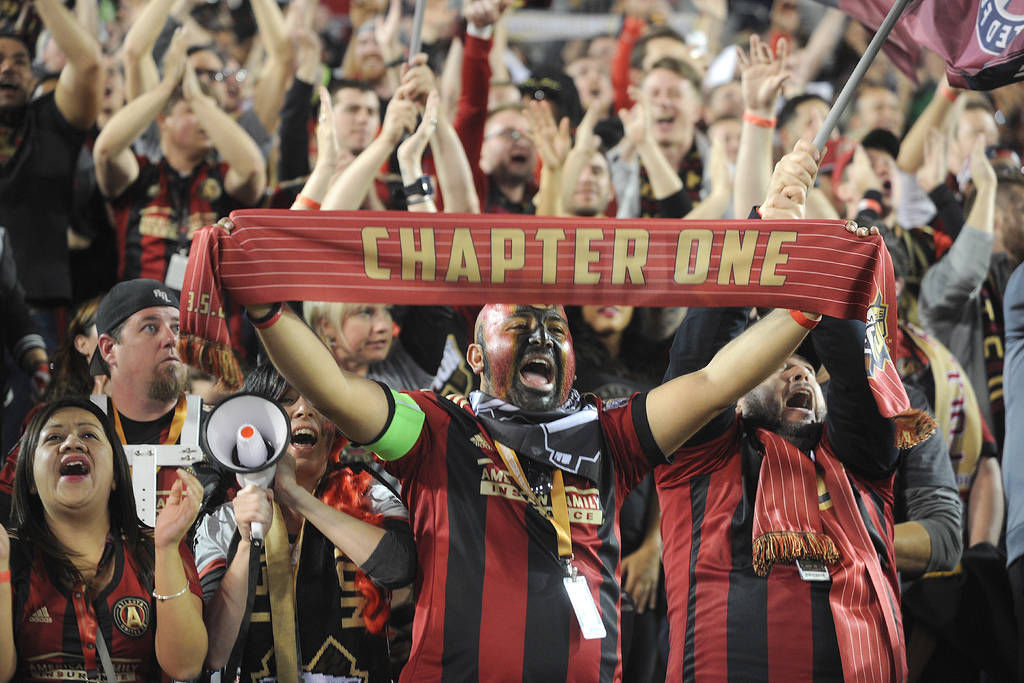 ATLANTA – Growing pains are to be expected in the inaugural season for Atlanta United FC. That was the case in the club’s Major League Soccer debut Sunday night against the New York Red Bulls.

ATLANTA – It wasn’t the prettiest performance for Alabama at times, but a dominant defensive effort and a breakout game for running back Bo Scarbrough was enough for a 24-7 win over Washington in a College Football Playoff Semifinal at the Georgia Dome hosted by the Chick-fil-A Peach Bowl.

AUGUSTA – The narrative to Sergio Garcia’s career was all but set in stone. The 37-year-old Spaniard was destined to be golf’s version of Karl Malone, an all-world talent who never got that major breakthrough. 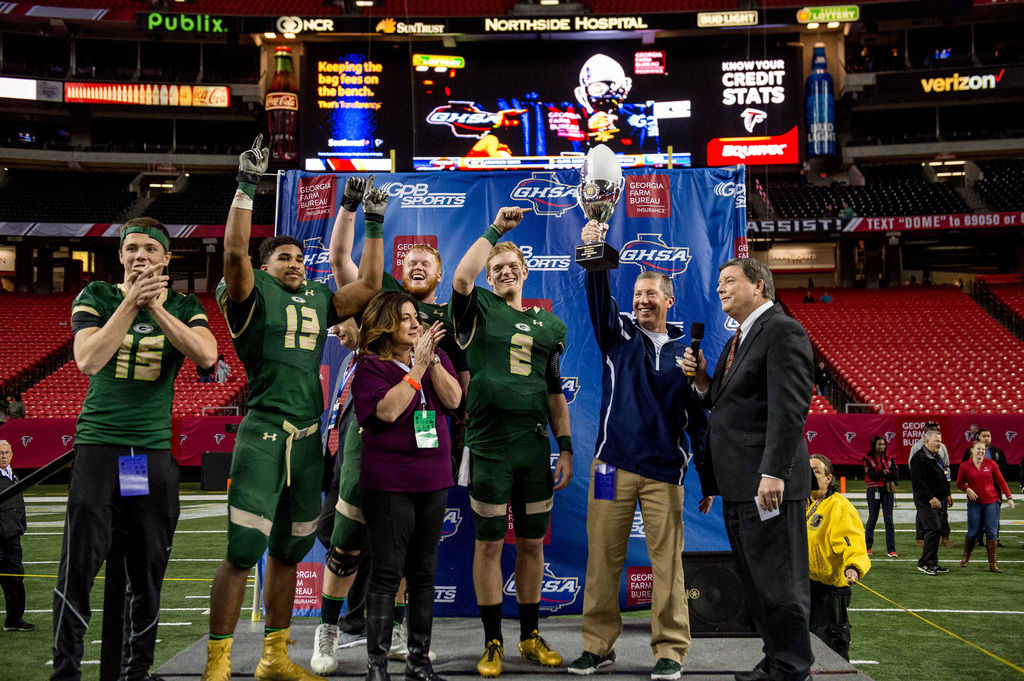 Grayson prevails in overtime for state title over Roswell

ATLANTA – In 2007 the GHSA changed the rules so that football state championships could not end in a tie. That change led to overtime on Saturday night in the final high school game ever at the Georgia Dome for the Class AAAAAAA state championship game between Grayson and Roswell. 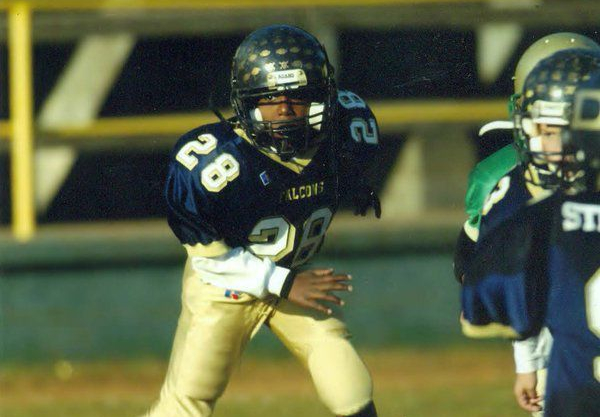 The Gwinnett Football League has produced its fair share of gridiron legends. Some turn out to be just that – legends – but others bloom into high school stars, college players and a handful have even gone on to play professionally in the NFL.

Grayson’s Abrams is ready to run for Guyana in Rio

As a true freshman, Grayson grad Aliyah Abrams ran a time of 52.04 seconds in the 400-meter dash at the SEC Championships to finish fourth for South Carolina. It turned about to be a life-changing sprint for the 2015 Daily Post girls runner of the year. 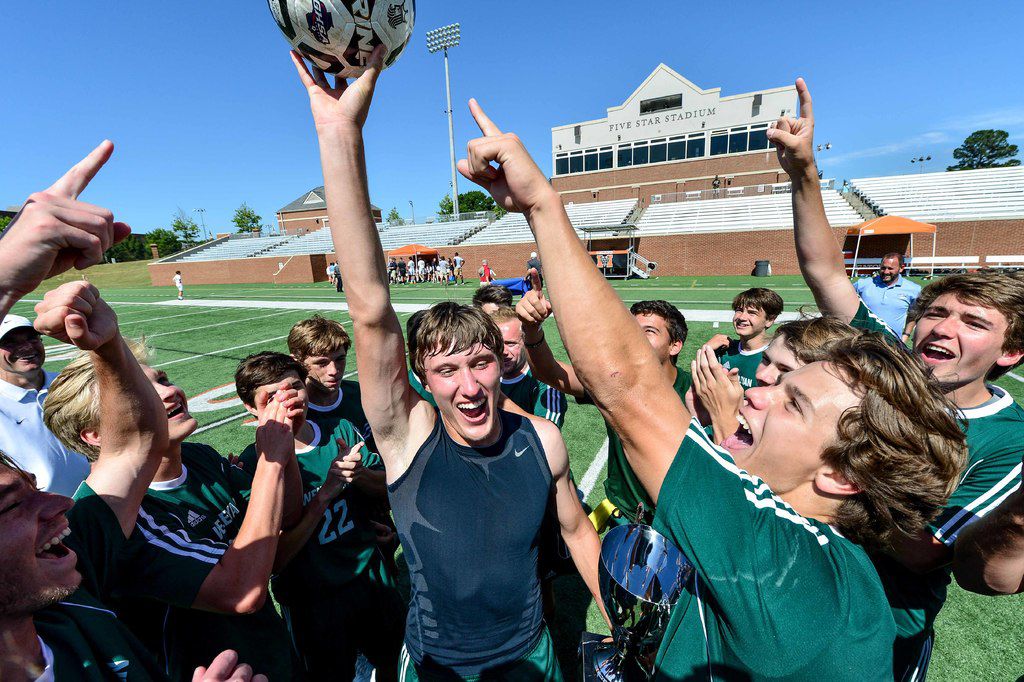 MACON – Wesleyan boys soccer head coach Billy Coxhead stood on Anderson Field at Five Star Stadium on Friday afternoon and delivered one final game plan to his team. However, this one had nothing to do with formations or set pieces.

AUGUSTA – Jordan Spieth had a second straight Masters all but won after four consecutive birdies to close out his front nine. Then the 12th hole happened. And no one warned him the British were coming. 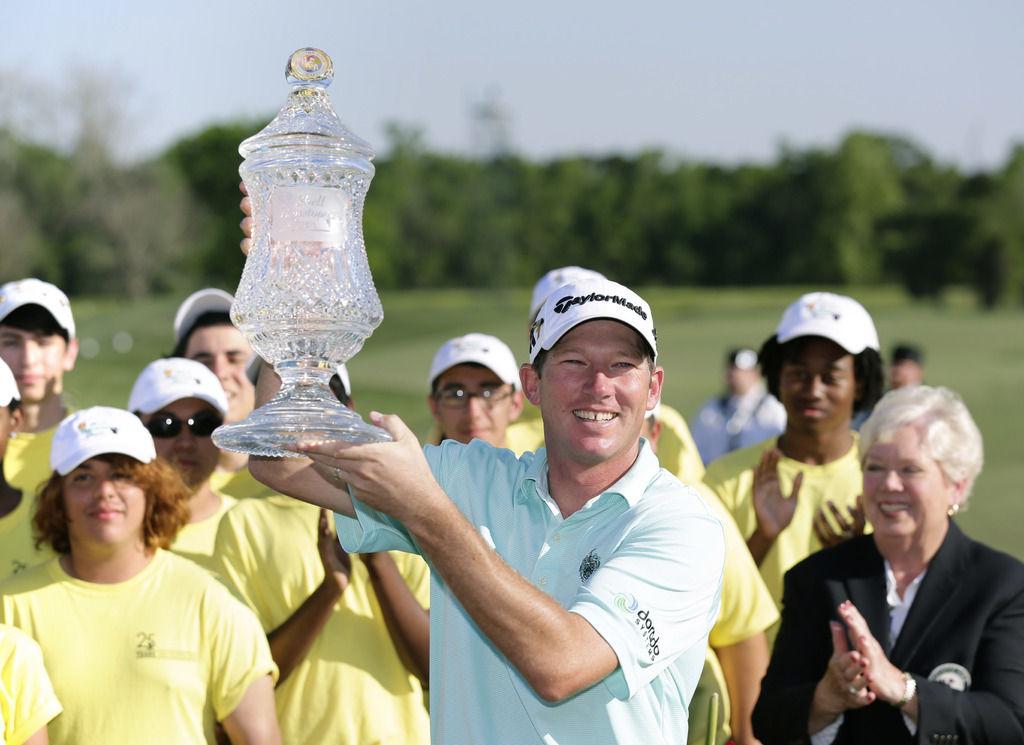 AUGUSTA – This time last week, Jim Herman’s Masters plans were similar to yours. The 38-year-old was going to be at home watching golf’s first major on TV from his couch in Palm City, Fla. 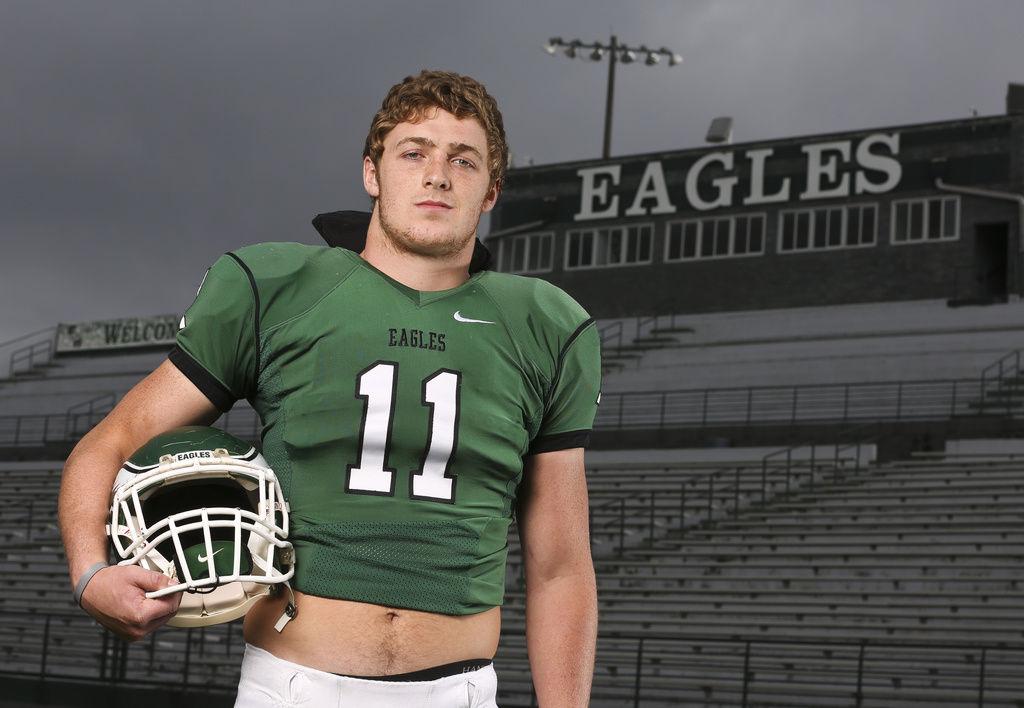 Collins Hill senior Robert Snyder would like to set the record straight. He’s not a punter. He’s a linebacker — who just happens to punt.

All his life Davey Pollack felt like he was meant to play football. As a four-year old, he roamed the sideline of his brother’s youth football games looking for someone to hit, before he was finally able to put on his own pads at the age of 6.

Before the start of the season Mill Creek junior varsity girls soccer head coach Jessica Ciavarro asked her team to write an essay about what would motivate them this season. Answers varied from player’s family members to reaching certain goals. But Olivia Guerra’s answer was one that really stood out to Ciavarro.

LAWRENCEVILLE – When Central Gwinnett wide receiver Major Bellamy lines up for the Black Knights this fall as a senior, he’ll carry a little something extra with him into each Friday night. It’s always with him. It’s there for every workout, practice and drill. 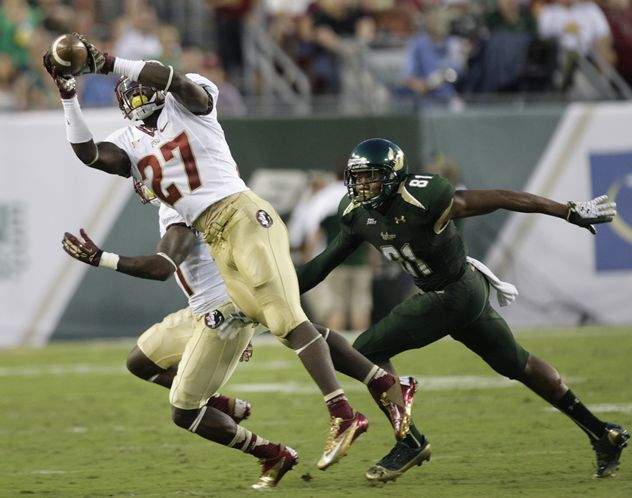 Rhodes glad he didn’t speak up about move to cornerback

Florida State redshirt junior Xavier Rhodes vividly remembers the first time he lined up at cornerback. It’s a moment that was memorialized as front-page news in the Miami Herald.

All Copyrights Belong to Their Respective Owners